Ben graduated from Marquette High School in 1996 and then received his Bachelor of Science degree from the University of Wisconsin Milwaukee. He then became a sprinkler fitter for a small company in 2004 and has worked on many jobs both residential and commercial. These jobs included new construction, retrofitting existing buildings, single family homes, trouble shooting and repairing existing sprinkler systems, NFPA 25 inspections and much more. Ben worked his way from apprentice to journeyman to foreman and finally to being owner of Guardian Fire Protection. During this time he received additional licenses and certifications, such as a backflow certification, an OSHA certification, and the Automatic Fire Sprinkler contractors license. (#961776) 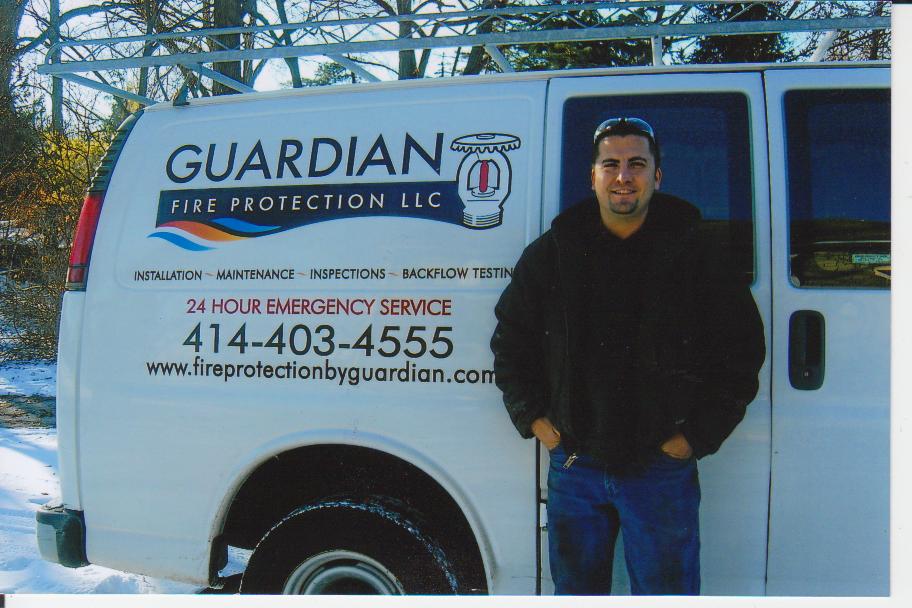